During the five days of the 32nd edition of the Salone Internazionale del Libro di Torino, Turin’s International Book Fair, held from May 9th until May 13th 2019, LBASense sensors were deployed to analyse the visitors’ behaviours.

As part of the Horizon 2020 European project ROCK, focusing on Cultural Heritage, Turin Municipality and DFRC teamed up to deploy a system able to analyse crowds during this major Italian and international cultural event.

Born in the capital of Piedmont in 1988, the Turin International Book Fair aims at promoting culture through books, thematic workshops and conferences, concerts and exhibitions.

7 LBASense sensors were deployed at the event’s location, grouped in 4 regions to cover the different pavilions of the Fair and analyse the visitors’ behaviours and flow.

According to the data retrieved from the LBASense system, the most popular day at the Fair was the third day of the event, Saturday 11/05/2019.

The most frequented pavilion was “Padiglione 2”, located at the centre of the Turin Exhibition trade centre, whereas “Padiglione 1” seemed to have hosted the least visitors. Although the Oval pavilion (“Padiglione Oval”, number 4) was located in a different building, it was nevertheless the second most visited pavilion at the Fair.

The peak hour, on Saturday 11/05, was at 14:00, as shown by the hourly analytics from the LBASense Dashboard.

Other interesting data show that on that same Saturday 11th of May, most visitors stayed from 20 to 40 minutes at the Fair, followed by 2/3 of the first group who stayed from 10 to 20 minutes and slightly fewer for 40 to 60 minutes.

By comparing these results with the event’s agenda, organisers will be able to monitor which events, from the Fair’s official programme or the “Off” programme, were the most popular and attractive. They will also have the possibility to adapt their offer for the next editions of the Fair, by improving the venue’s access, or promotion in favour of less visited areas.

Photo credits: cover photo of by Harps Joseph licensed under Creative Commons Zero, all other images: all rights reserved to DFRC. 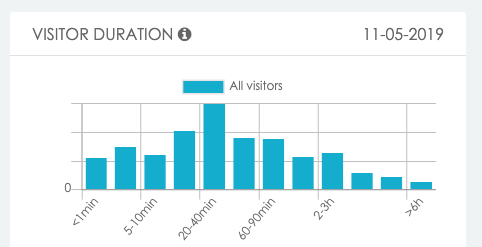 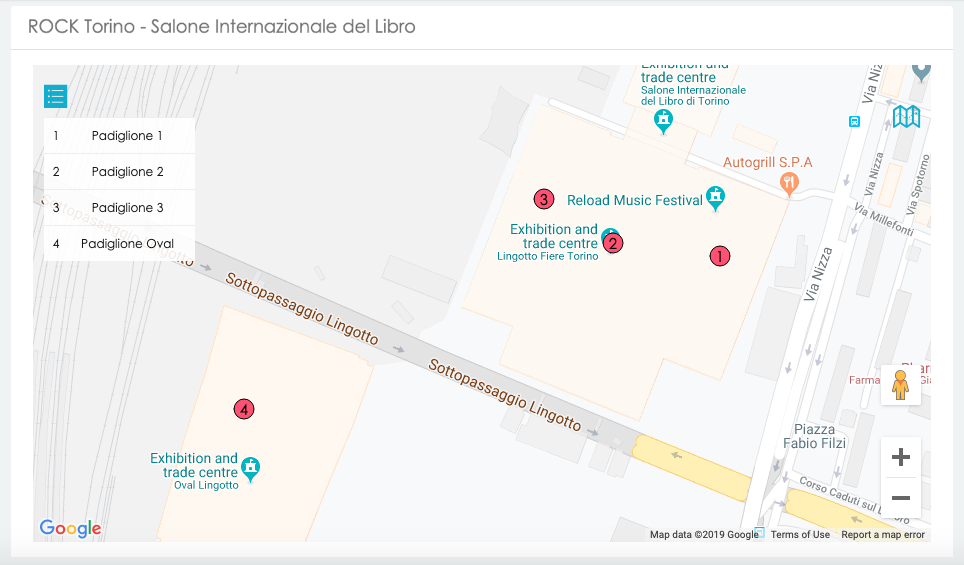