The Terrace of the Municipal Theatre becomes green

The terrace of the Teatro Comunale (Opera House) has been hosting a roof garden open to the public since last July, thanks to the new green installations created as part of the environmental sustainability pilot actions of the H2020 ROCK project.

It is a real “pocket” garden in size, which concretely favors the biodiversity of the area in terms of use, of ecological diversity and through the injection of functional green for the improvement of the microclimate in one of the places of cultural excellence in the city. The installation was developed through the workshop "The five squares of the university area" which involved the Design Services students of the Faculty of Architecture, a work carried out by the Municipality of Bologna in collaboration with the University of Bologna the Urban Innovation Foundation and the Rusconi Foundation.

Animated by DJ sets and live music evenings, in the summer of 2019, the wonderful Terrazza offers the city also a small green corner from which visitors can discover hidden treasures and enjoy unconventional perspectives and views, such as the one from the high on Piazza Verdi, the one towards the Guasto garden and that of the theater's water tower, an "artificial tree", barely visible from other parts of the area.

The project idea behind the greening intervention carried out for the Municipal Theatre by the ROCK project aims to create harmony between the contrasts of the university area. First of all the contrasts identified by the project team is the one represented by the Formal / Informal binomial that sees the formal in the Theater Institution, in contrast with the informal Piazza Verdi. This contrast was then declined in the Green / Built combination, with the aim of bringing green into the architectural space of the terrace, demonstrating how the natural element of vegetation can live in the artificial environment of the building of the theater.

The installation of the green, open to the public last July 16 and which will remain set up throughout the month of November, is divided into a sort of path that runs along the Terrace spaces and is composed of modular elements for the vegetation (contained in fabric vases), comfortable fixed and mobile seats and an integrated lighting system, designed with the support of Viabizzuno's technical staff.

The different points of the terrace, which mark the route and offer suggestive views of the city, have been interpreted as typical environments of the theater building: a green line marks the corridor on the side of Via del Guasto and is called "gallery", understood as a place of passage but at the same time of rest, it is accessed from a threshold "atrio", placed on the corner with Piazza Verdi, the linear element closes with a second element of square shape, called "platea”, final space of the route.

The vegetation presents an increasing height between the more formal space of the “atrio”, located on the front of the terrace, and the more informal one of the “platea”, in a crescendo also interpreted through the choice of plant species. The ornamental plants with contained vertical development find their place in the so-called gallery, while small trees and shrubs with greater heights, volumes and movement are positioned in the area of the platea: a praise of diversity to interpret the goals of the ROCK project that identifies the flora and fauna biodiversity an active presence inside the urban ecological connector. 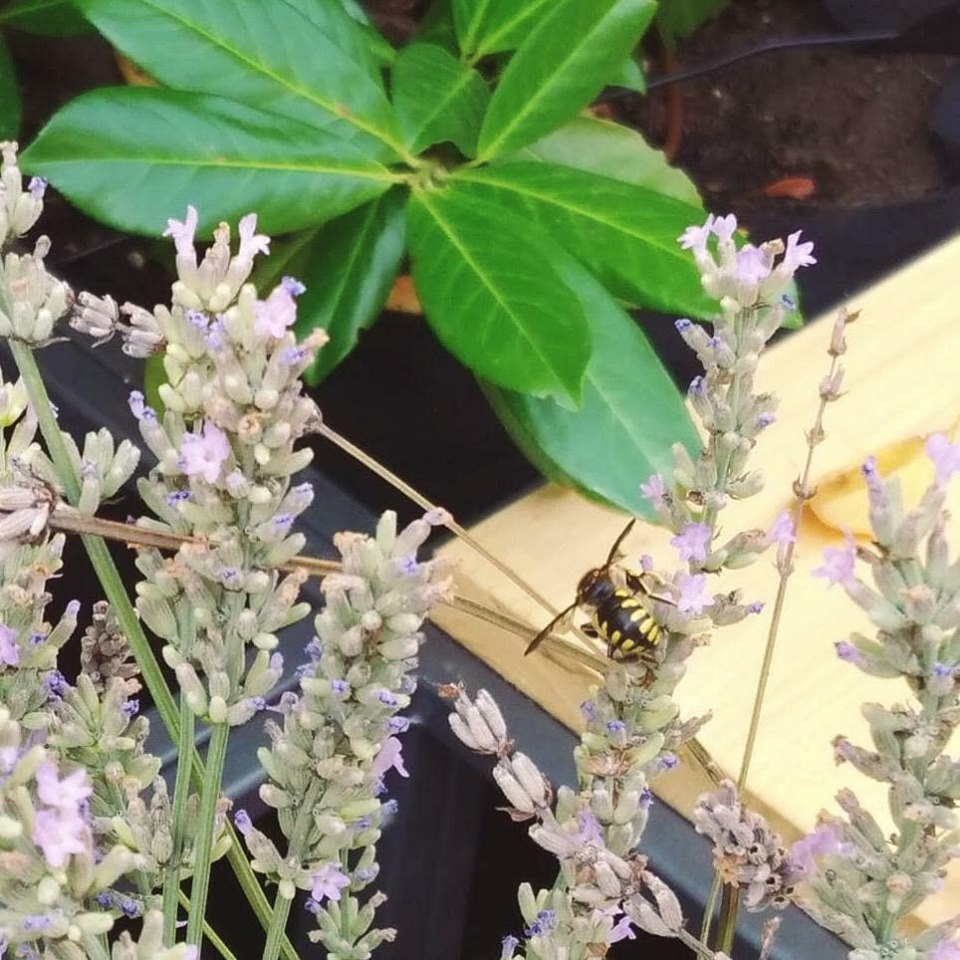 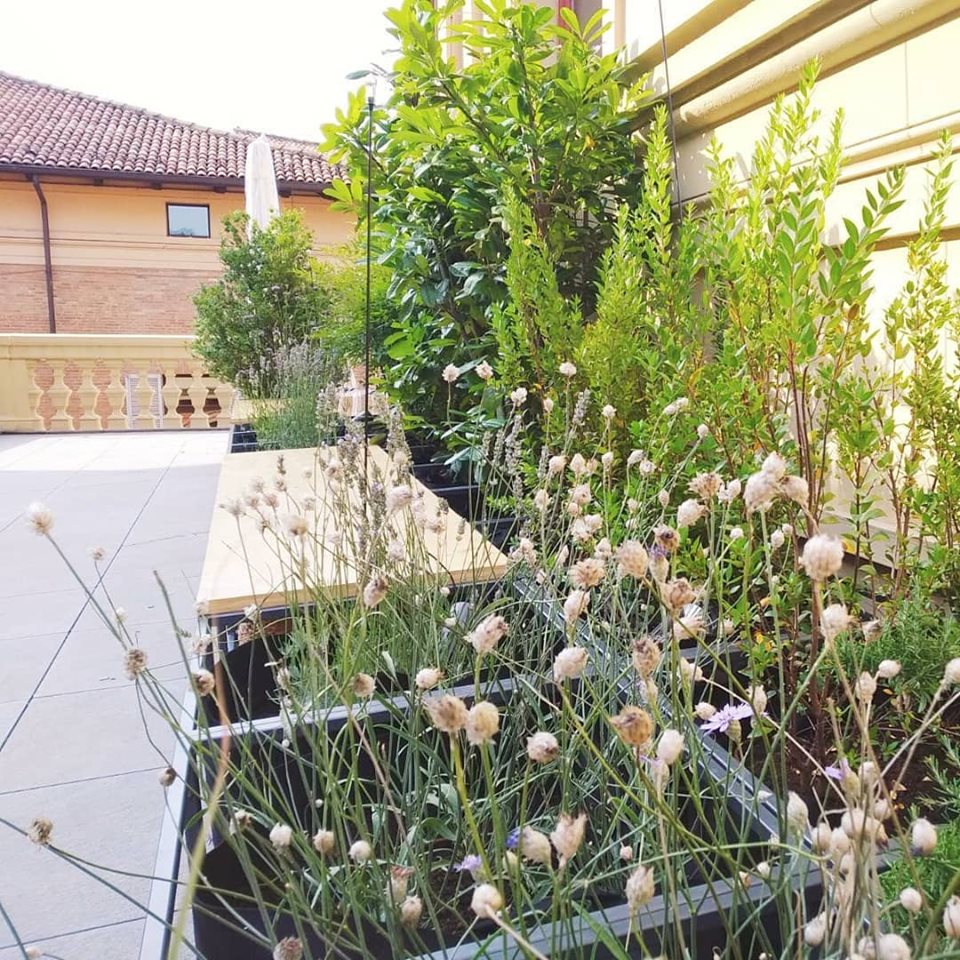 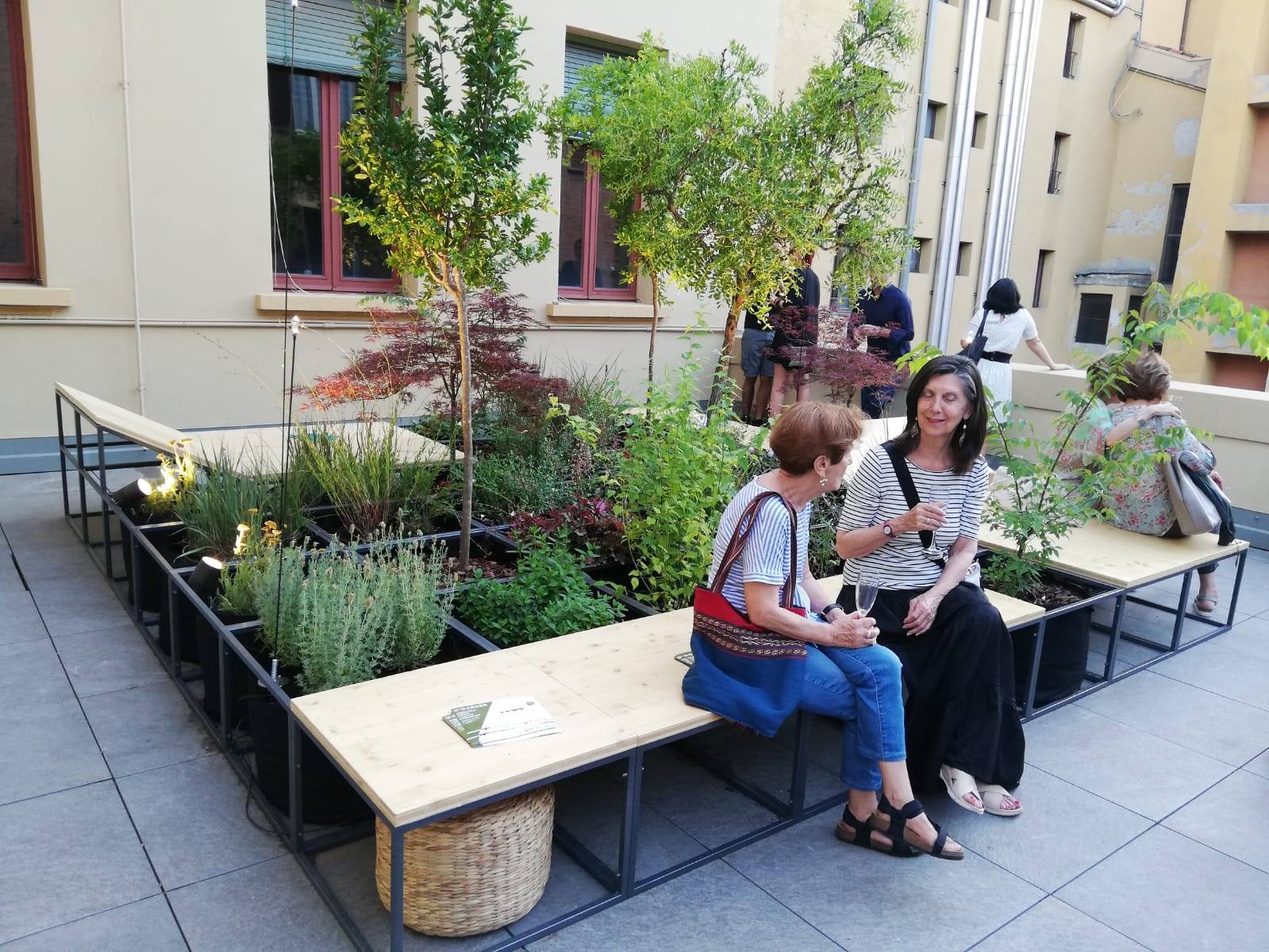 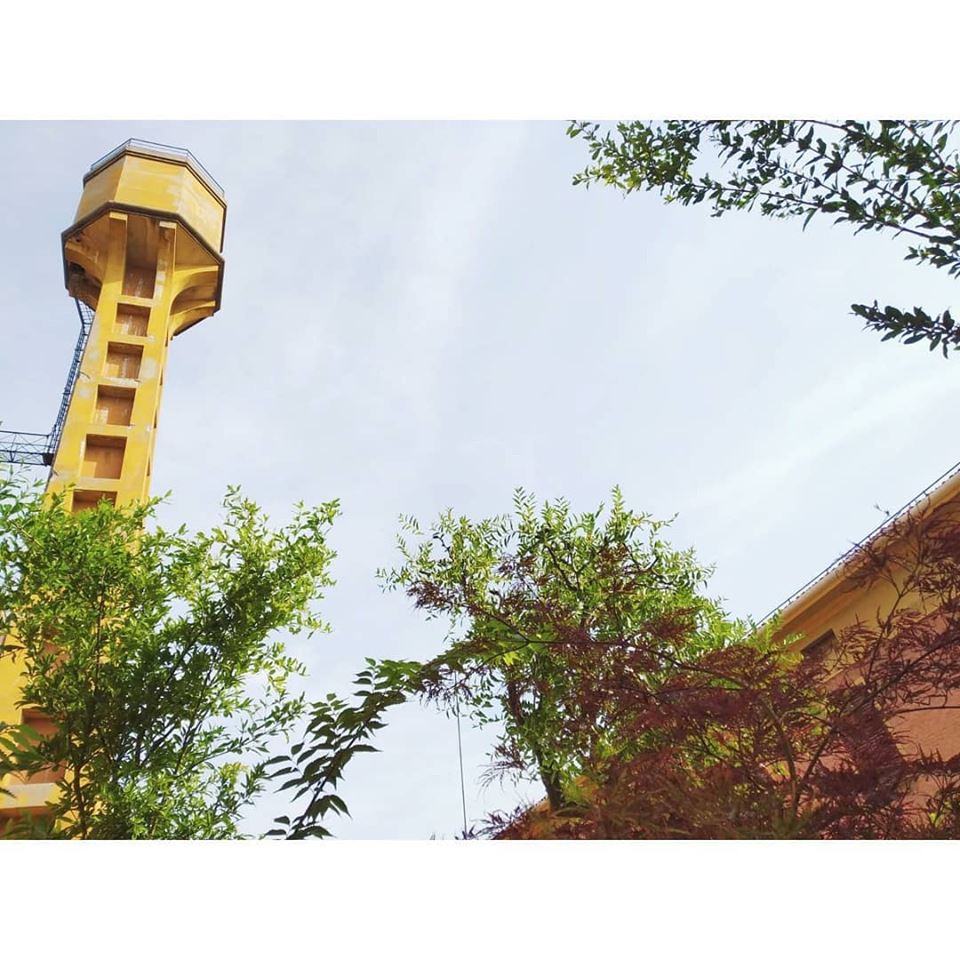 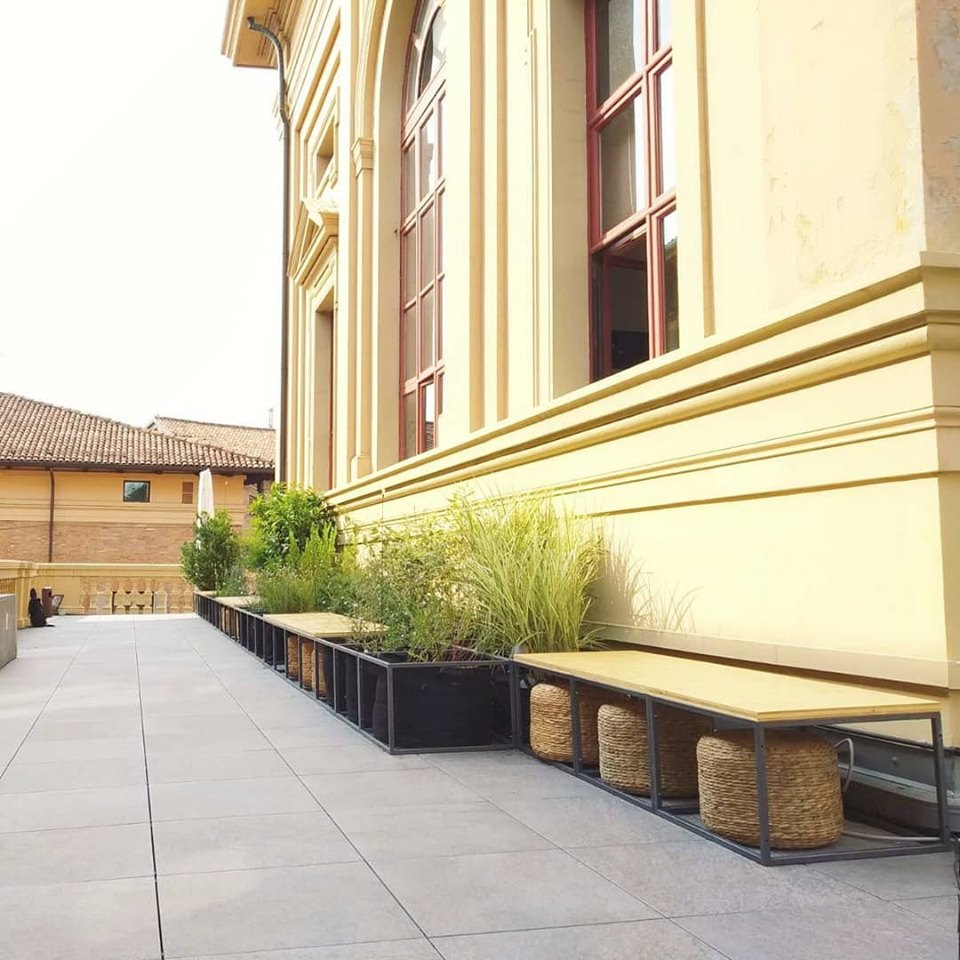