The Municipality of Bologna approved the permanent pedestrianization of Piazza Rossini, with a resolution that identifies as "urban pedestrian area" the part of the square where "Le cinque piazze" was held, the temporary event within the European project Rock promoted in September by the Foundation for Urban Innovation together with the Department of Architecture of the University of Bologna and the Municipality of Bologna and in partnership with Bologna Design Week and the Unipolis Foundation.

From September 25th to October 1st, a temporary installation with a green lawn designed and built by self-construction by university students, has transformed part of Piazza Rossini usually used for parking, thus proposing a unexpected perception of space and restoring the trace of the ancient churchyard of the Church of San Giacomo Maggiore.

The objective of the project was to experiment new uses of a public space in the heart of the university area and to offer the opportunity to rediscover and appreciate the details of the architecture that overlooks the square. The idea was born during the U-Lab Laboratory (open laboratory of ROCK, promoted by the Fondazione Innopvazione Urbana), which was attended by over 250 people in 2018 and from which emerged the need to restore a social dimension to the piazza, with particular attention to the elements of greenery and lighting, enhancing the collaboration of all the actors of the territory (institutions, residents, students, etc.).

The installation "Green please, the lawn you don't expect!" was very successful and, in the days of experimentation, 200,000 people passed through Piazza Rossini. Numerous citizens and university students who have stayed in this place usually passing through and who have participated in the initiatives, also born spontaneously. In continuity with this experimentation, the Municipality of Bologna, which decided to maintain pedestrian Piazza Rossini, will set up the space with a provisional project, in view of a new permanent arrangement of the area currently being defined. 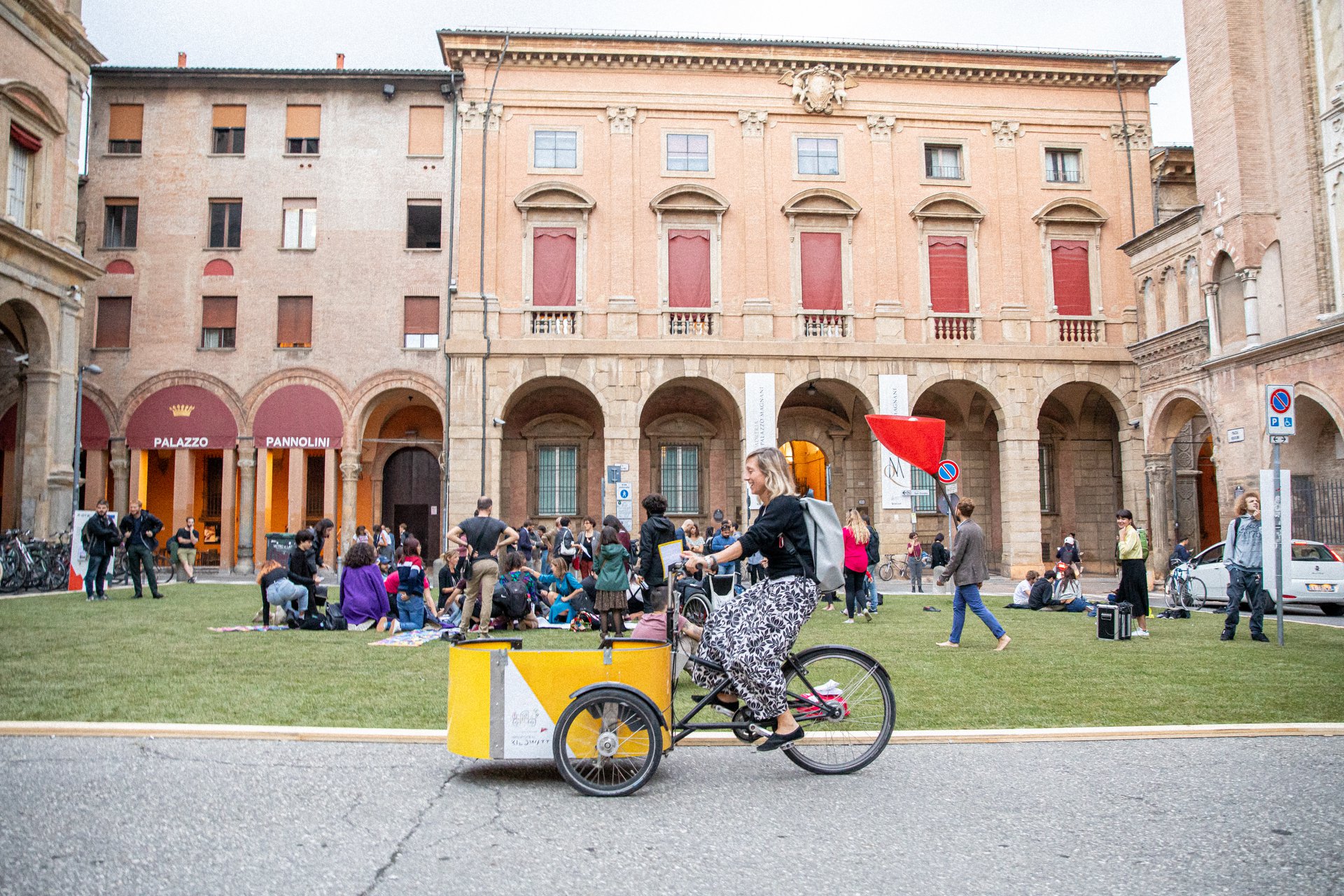 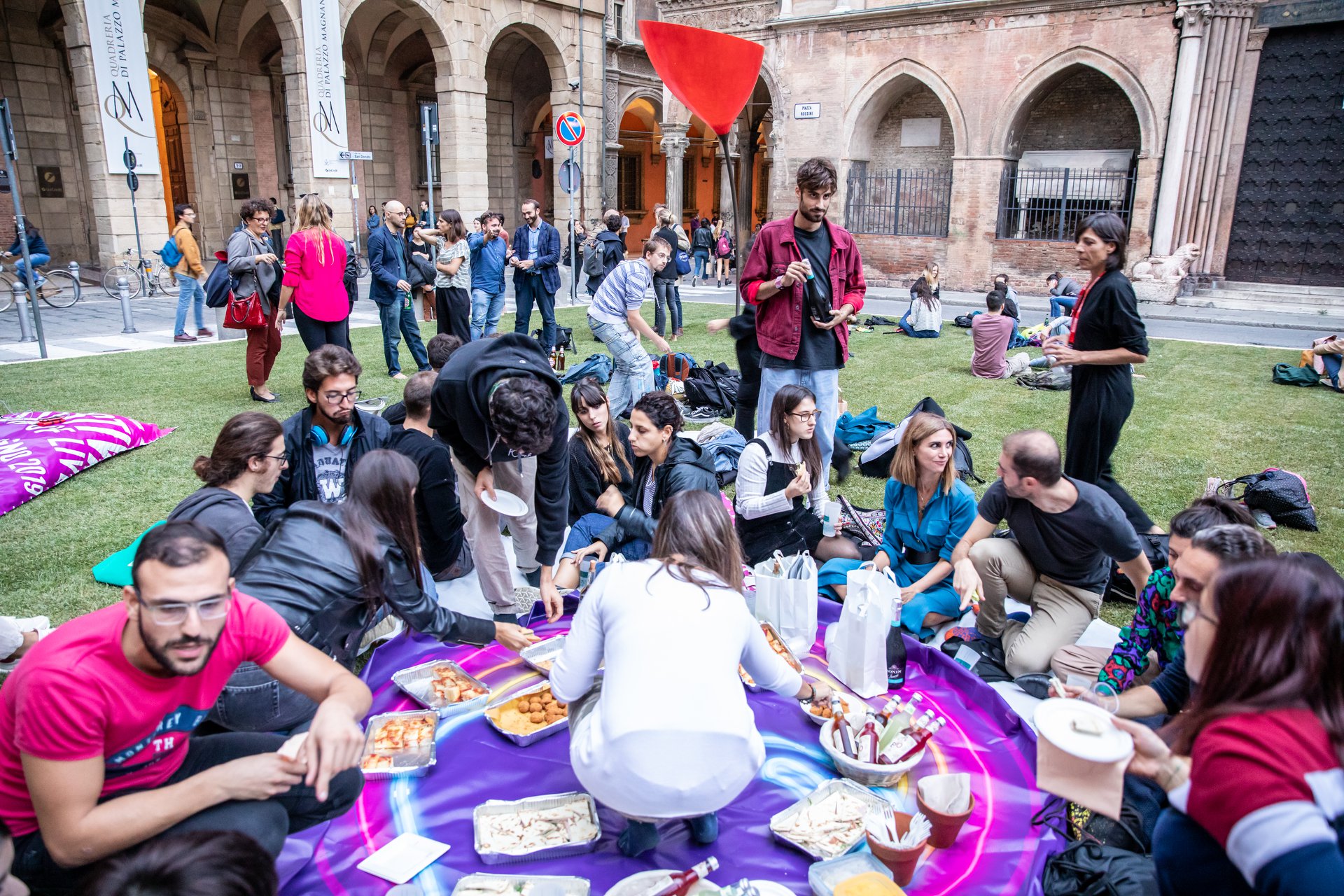 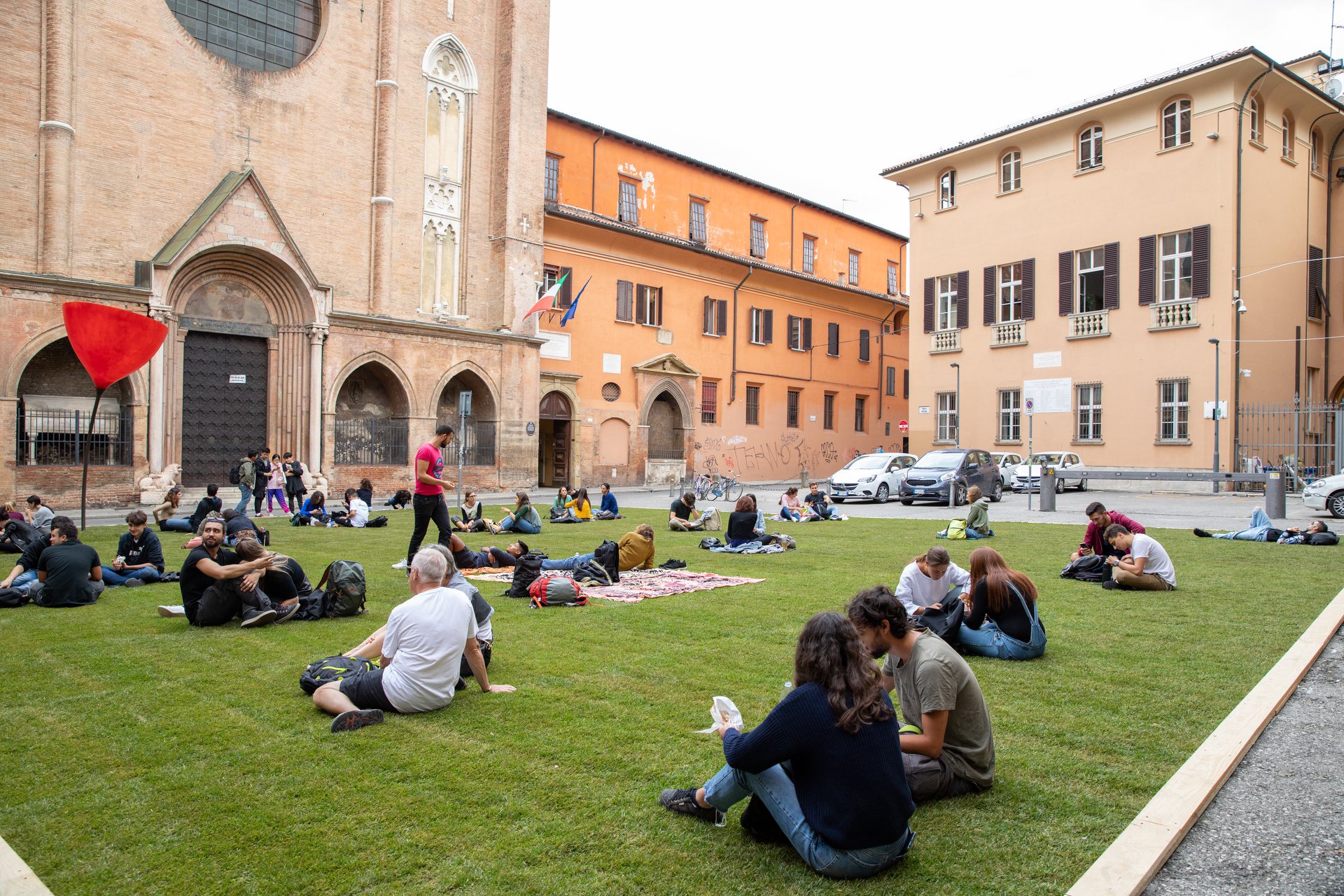