In Lyon, let there be light!

Lyon featured in the ‘100 days, 100 ways’ campaign from EUROCITIES.

How can you use light to bring out the best in your city?

Once, Albert Einstein was asked if people would ever travel faster than the speed of light. “If they do,” he quipped, “then they won’t be able to see where they are going.” Without light, our sculpture, architecture and paintings would look – well, they wouldn’t look like anything at all.​

The city of Lyon realised in the early 1990s that it could amplify its cultural and heritage offer by working with the main medium that brings that culture to people, and since then Lyon has been at the forefront of cities experimenting with light. According to Thierry Marsick, head of the Urban Lighting Department in Lyon, “Light has changed the image of our city, increased its attractiveness and transformed its nocturnal landscape over the years.”​

This resonates with a tradition that began in 1852. To thank the Virgin Mary for having protected the city from the plague, the people of Lyon started the tradition of placing candles on their windowsills every year on 8 December.  Since then, the ‘Festival of Light’ has become a major international event.

At the turn of the 90s, Lyon engaged in a deep reflection on urban lightning. Over the years, the city has built a strong expertise in this field. “This was in contrast to an earlier vision of the city,” says Marsick. “Despite being the birthplace of the Lumière Brothers, the inventors of cinema whose very name means ‘light,’ the city was known as a black and foggy place.” The first lighting plan was released in 1989 to transform this image.

​This plan focused mainly on lighting some of the city’s impressive facades, rivers and surrounding hills, and in 2003 it was replaced by a second, far more ambitious lighting plan. “We wanted to take up new challenges, like sustainable development, and give a larger place to artistic creation, human beings and human activities as well as innovation. This plan also engaged in a reflection on the place of light in the cultural heritage of the city.” Now, light is integrated into all urban planning projects, and the city has a lighting designer in every urban project team.

​“We got a chance through the EU-funded ROCK project, to reflect on our overall governance and regulatory framework around light. We wanted to inform people and make them aware of issues like light scattering, also known as light cacophony, and wanted to preserve the nightscape in terms of cultural heritage as much as possible,” Marsick says. Light scattering is the inconsistency created by different layers of private light and sometimes the abuse of light in commercial spaces, such as shops, bars and restaurants, on the carefully created light scenography on facades and streets of the city.

​Marsick is not against commercial light. “Commercial light has its virtue: you need to be able to see this pharmacy is open 24/7; bars and restaurants need to attract their clientele.” But it can also make the visitor dizzy and it has an impact on the night scenography and nocturnal landscape in the city. “We need to better understand commercial and private light to engage in a dialogue with the producers of such light.”

​This is the reason why the dialogue between public and private lighting and the use of commercial lighting is the focus of a series of discussions with inhabitants and visitors organised by the Lyon urban agency as part of the ROCK project.

​Different target groups are interviewed in the city to better understand inhabitants and visitors’ perception of commercial light. Based on the results from these groups, the city considers how best to go about and is developing a booklet of recommendations on how to light a building façade, a terrace or a vitrine.

​To this end, the city is also forming a group of actors around private lighting, involving different departments of the public administrations, as well as stakeholders like shopkeepers, architects and building owners.

​“A strong local partnership now exists on the topic of light, with the university, the city’s culture, lighting and urban planning departments, the LUCI network, city museums and city archives.” Commercial light has also become a local strategic issue: elected officials have become aware of the importance of permanent light as a tool for enhancing heritage and creating a nocturnal landscape.

​Thanks to the work carried out by the Lyon-based LUCI network, including a study "exploring urban landscapes" with 12 European cities, light is also becoming a subject at European level.

​Lyon will continue to work on the subject using the tools developed during the ROCK project. The municipal team that will enter office after the March 2020 elections will have the opportunity to build even further on the transversal work that has been done.

​What advice would Marsick give to other cities interested in moving forward with light? “Make sure your work is cross-sectoral and that all potential partners have a chance to contribute. Remember that this is both a political and a technical issue, so you’ll have to have people from both of those levels. Also, European projects offer a great opportunity to take up strategic issues while having the luxury of budget, staff and working time.” 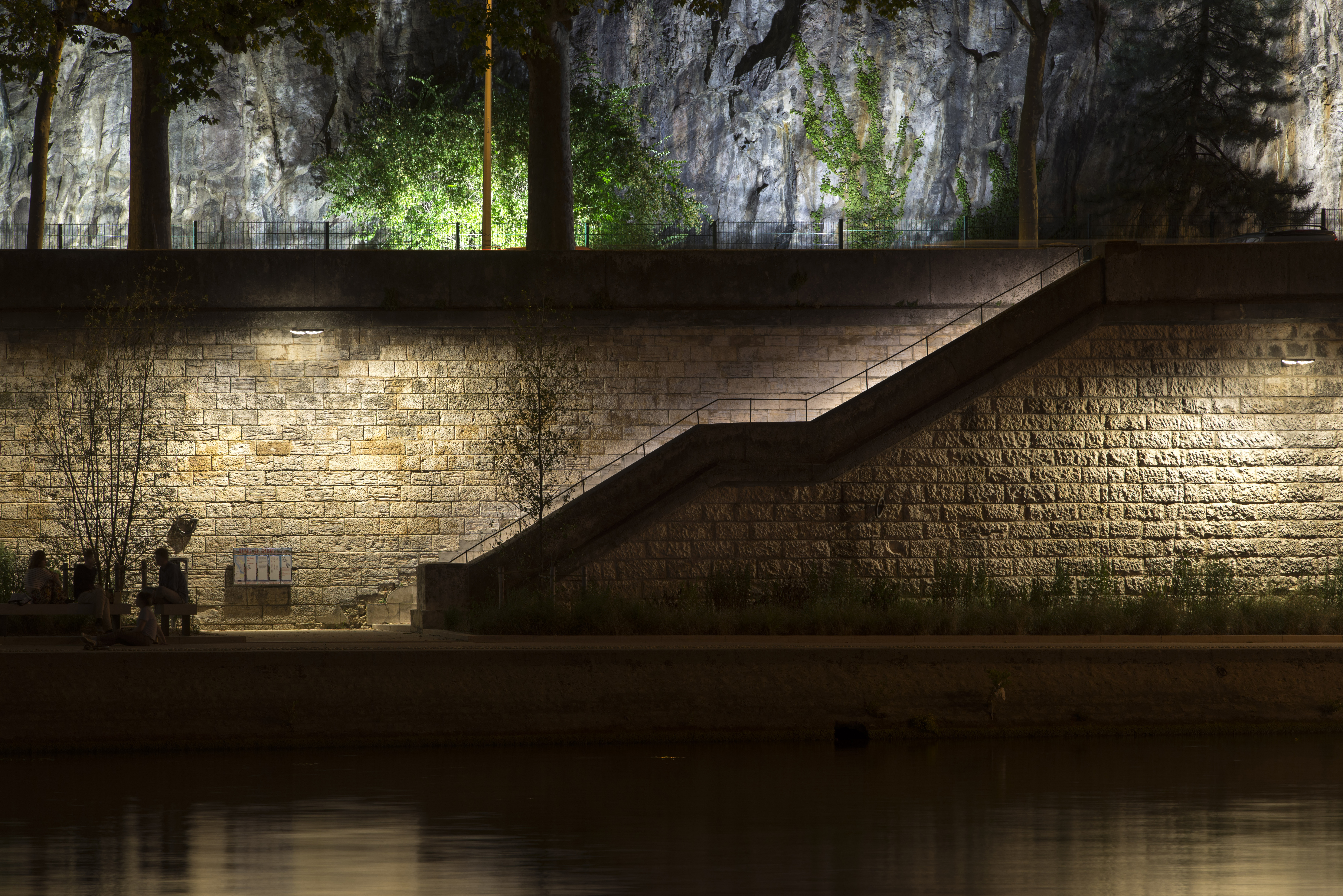