Skopje featured in the ‘100 days, 100 ways’ campaign from EUROCITIES.

Cities are full of hidden histories - what if 3D technology could be used to bring those histories to life again?

In 1963, an earthquake completely eradicated what remained of Skopje’s Jewish Quarter, with the exception of a small corner of a single building that is still preserved. However, through an interface on their mobile phones, visitors to Skopje will soon be able to roam through that quarter once again.

“Within the app, we will tell the story of one Jewish family, how they lived, what was their culture, what their home looked like,” explains Toni Masevski, advisor on strategy and development to the mayor of Skopje.

​“It will not be presented only as a sad story of the Jews and what they suffered. The idea is that we really present the feeling and knowledge of a culture that vanished. We would like people to keep an active memory of this, and for it to remain a part of our culture, because the Jewish community had huge impact on the culture of the city of Skopje.”

The app lets users explore a 3D model of the Jewish Quarter, built using the 1921 city plan, the most detailed existing record of the layout of the area. Through the app, “it is as if the user is literally standing in the past,” Toni Masevski says. The digital space is anchored in the physical space, so the user must move in the real space of the city in order to move through this digital door to the past.

“There is a square, an open space, with some digital buildings. So by using your phone and walking through the space, you can literally walk through these old buildings as if you were a guest inside. You can see how they looked and felt, with textures, with details, with everything. There is also a synagogue that no longer exists. The destroyed cultural heritage is being raised up again.”

This is not the only part of the city that is having its story translated into 3D. In another cultural site, the Old Bazar, the city is co-designing a route with several points along it at which users can unlock cultural and historical information. “This virtual guide has a different style, and a different meaning. Actually, we were inspired by Pokémon GO, the virtual app where you hunt Pokémon through the city. But our version is far more advanced,” says Masevski.

​Along the route, the app presents you with old photographs of the space you are in, as well as old plans and other documents. “The idea is that you can make comparisons of how it looked throughout history, track the changes throughout time,” says Masevski.

“As you walk along the route, you will be notified that on the particular spot where you stand there is information waiting for you on your phone. There are also stories relating to the history and development of the spot. The point is that you don’t see history as something lost in the past, but as many layers that build upon each other, of which the present itself is just one more.”

As important as the technology itself is the place and the method through which it is being built. This all goes on in the Skopje Urban Living Lab, ‘SKULL’ for short. “It is a former private house that is protected as a cultural monument. From the perspective of a citizen of Skopje, the discovery of this place was probably the part of the project that had the most impact on me,” Masevski says.

“It was completely forgotten. Businesses have trouble operating there because they have to be very careful, it’s expensive and they cannot change the façade, the entrance, or anything. But it’s placed in the very middle, in the actual heart of the city. So when you’re sitting there, you’re physically on the exact heart of Skopje, and giving life back to this place felt like giving life again to the city. And this place also gave life to the project. It’s a two-way energy exchange where culture is the momentum for change.”

Masevski and his team have been using this space as a base for cultural activity as part of the EU-funded ROCK project, which includes the development of these virtual reality apps. “We’ve used the space to bring a lot of people together. Many of them had never paid attention to this area, and now they’re part of the ecosystem.”

​The discussion and design workshops in SKULL attract diverse sorts of people and groups, from “academia, including the local faculty of architecture, students, the owners of stores and businesses, to NGOs, civil society organisations and interested individuals.”

Many of these actors “were not even in communication with the municipality,” says Masevski, “now, thanks to the living lab, we are close partners. For example the Fredrich Erber Foundation, or the faculty of architecture from another university that was not involved at first.”

These partners are pushing the project in new directions, using SKULL to organise “events in planning and greening the public space, workshops and training.” This does not, however, happen at the drop of a hat.

“Since May 2018, we have been building trust with all these different partners and growing our stakeholder network. We have to have very active communication, organise open days and hold events.”

The city works with these people to gather information and ideas about cultural heritage that can be used for things such as the apps it is developing. The gatherings also result in concrete proposals for new policy in the city. The city also sends out surveys to get this information, but the most valuable things come out face-to-face.

On top of this, the city is installing a number of tools being piloted in the ROCK project. “We are putting in the neuroanalytic cameras for emotion and mood sensing from Vilnius, the crowd monitoring sensors, environmental and micro-climate sensors. ROCK will live on in Skopje long after the project is finished.”

The city is committed to an open and transparent approach to the data that it collects. “We will make the data from the sensors available to the public, so that they can see the impact of our actions. We can use this data, for example, to manage pedestrian traffic around the Old Bazar and increase accessibility for everyone.”

Given how much the city has gotten out of this engagement process, Skopje is using digital tools to widen the access to and of this stakeholder network. “It’s called the ‘Engage Skopje Platform,’” Masevski says, “the idea is that one part of the platform is an interactive map on which you can publish and announce events. It’s inspired by one of our partner cities in the ROCK project, Athens. It’s for citizens, formal groups, informal groups, companies, any kind of initiative. It doesn’t have to be in a public theatre - you can even announce your birthday party!”

Skopje will also use its platform to let people know about its own events, announcements and opportunities. As well as enabling people to publicise and engage with events, the platform is a tool for the city to be able to identify and map all the different groups that are active in contributing to the local scene.

​This platform, and the wider digital shift that Skopje is undergoing, is emblematic of a larger change in the philosophy of the city, according to Masevski. “The city was too closed to the public before. Now we can say ‘okay citizens, this is what we are doing. What about you?’”

“Digital is a way of inviting citizens to collaborate and encouraging creativity and a thirst to discover. It’s not really a shift,” says Masevski, “what we’re doing right now is a quantum leap,” and the whole city, past, present and future, is on board. 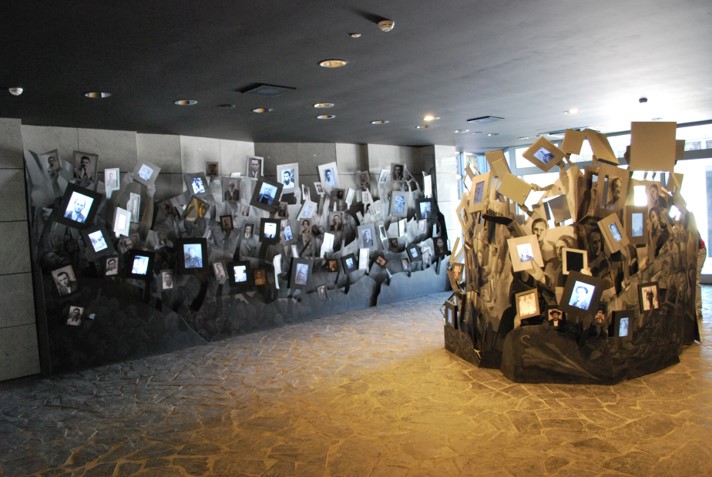