The second cycle of the Open Call “New souvenirs for Skopje Old Bazaar” invites participants to design new five ideas for souvenir prototypes. The Open Call will bring together the local government, local stakeholder, artist, artisans, and students and researchers of fine arts who are looking for new ways in which cultural heritage can contribute to the sustainability and economic development of the Skopje Old Bazaar area.

This ROCK action supports the programe of the Macedonian government for revitalisation of the Old Bazaar, which includes restoration of several objects, providing support of the crafts, and further economic and cultural development of the site.

Skopje's Old Bazaar was an important centre of commerce during Ottoman times when it enjoyed its peak importance. Ottoman heritage is predominant here. Ottoman architecture is dominating in Old Bazaar, although remains of Byzantine architecture are evident as well, while the most recent reconstructions brought in modern architecture elements.

The Old Bazaar, also called Carsija, is the Turkish old town of Skopje. It is one of the oldest and largest marketplaces in the Balkans, and it has been Skopje’s centre for trade since at least the 12th century.

Skopje Old Bazaar and other cultural heritage sites in Skopje have been heavily impacted by the COVID -19 pandemic.

The competition is organised by the Municipality of Skopje, with the goal of encouraging the revitalisation of Skopje Old Bazaar as well as its promotion as an important cultural site and a vibrant city attraction, with various cultural, content and recreational functions for visitors. A place in the city that has all the necessary ingredients for a perfect story, Skopje’s Old Bazaar has always had charm and appealed to tourists as a beautiful place to take a walk, shoot photos, and buy some authentic traditional craftworks. This perception of the area is also in the focus of the Open Call “New souvenirs for Skopje Old Bazaar”.

The competition for five design ideas for prototype souvenir design is part of the initiative “New souvenirs for the Skopje Old Bazaar”. The call is open until 20 July 2020. 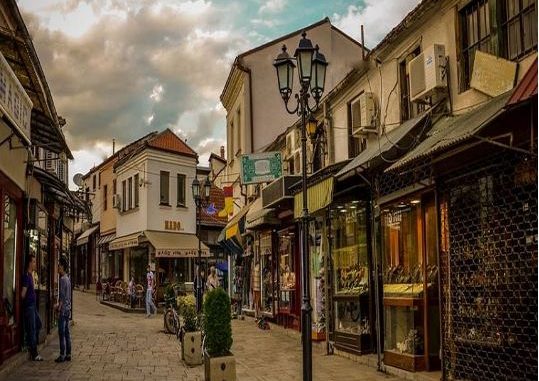