BOforAll: an App to guarantee universal access to CH

It's now available on stores, the inclusive app to ensure universal access to Bologna's cultural heritage

It is now available in all BOforAll stores, the inclusive app to discover the cultural heritage of Bologna's historic centre.

The BOforAll app provides information and curiosities about places of historical and artistic interest in the city, in particular the university area and the Quadrilatero della Cultura, i.e. the area around Piazza Maggiore, indicating the accessible services. With BOforAll you can follow different inclusive routes or freely visit the areas discovering monuments, museums, churches and other places of interest.

BOforAll contains useful information for everyone and some instructions and content designed to make cultural heritage more accessible to people with disabilities. It provides in-depth information on the accessible contents of the University Museum System, the National Picture Gallery of Bologna, the Bologna Museums Institution (in particular the Archaeological Museum, the Medieval Museum and the Municipal Art Collections) and other institutions that enrich the immense cultural heritage of the centre of Bologna.
Each point of interest is told through languages accessible to different specific needs with particular attention to visual, hearing and motor disabilities.

The app has been designed and implemented within the European project H2020 ROCK (Regeneration and Optimization of Cultural heritage in Knowledge and creatives cities) with the aim of making Bologna's cultural heritage increasingly accessible, with particular attention to people with disabilities.
In particular, the application was born from U-Lab: a path of co-designing with citizens, associations and institutions started in 2018 on the university area. The project was coordinated by the Municipality of Bologna and the Fondazione per l'Innovazione Urbana and featured Accaparlante CDH, Fondazione Gualandi a Favore dei Sordi, Istituto dei Ciechi Francesco Cavazza, ITCares, La Girobussola Onlus, MUVet, with the involvement of young cultural mediators selected within MIA Musei Inclusivi e Aperti, a project of the Bologna Musei Institution, and Bologna Welcome.

It was an effort of imagination, planning and field experimentation of a new system that would support the shared vision of an increasingly inclusive city. A starting point towards a more participatory, sustainable and creative urban reality, where cities are made not only of places, but also of people who live in those places and who preserve their importance.

The app is available for free on the Play Store (for Android) and on the App Store (for iOS): https://www.itcares.it/BOforAll/. 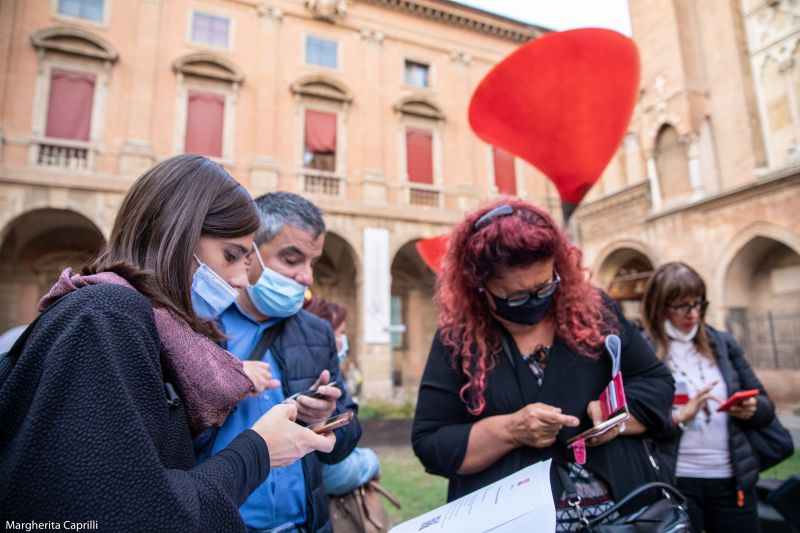