Lighting installation "REACT / OR"  during COVID -19

Lighting installation "REACT / OR" at Macedonian Post  during COVID-19

REACT / OR is part of the Skopje Light Art District project organized by the City of Skopje, Universal Hall and the ROCK project from the Horizon program, which aims to take Skopje to a different dimension and bring it closer to European cities. At the same time to give a chance to young designers to express their freedom, creativity and authenticity! Skopje has once again shown that the city can be experienced in a different light and bring back to the stage the forgotten spaces that have a significant past. React / or is a lighting installation made on the building of the counter hall of the "Post Office of Northern Macedonia - Skopje". In one of the most impressive buildings in Skopje, a building found in the world encyclopedias of brutality, art has been happening for the past month that most passers-by do not even notice. The  green color of the facade of the building, symbolizes the new energy, the new impulse to create and rethink the building of the destroyed counter hall, but also other urban spaces. The post office is one of the few buildings representative of a specific architectural style, characteristic of one time and during the installation it is treated with all due respect and attention to the architect and the building, with emphasis on unobtrusiveness of the installation and maintaining the authenticity of the building.,

The author of the installation Martin Dimitrijev in 2017 becomes a member of the team SKLAD (Skopje Light Art District) where he is in charge of the technical part around the light. Thanks to the team have several common and independent lighting installations, including the installation of the post office

Watch the video at the following link 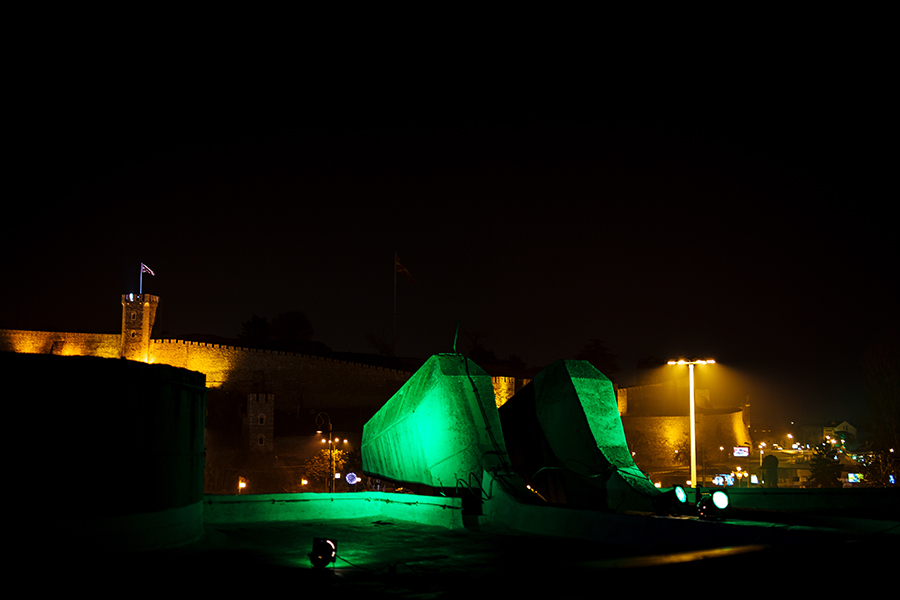