The ROCK seminar on innovative city branding organized by the City of Torino and Urban Center Metropolitano on 22 and 23 October in the framework of the ROCK project was an occasion for a deeper reflection and investigation on the contemporary meaning of the concept of "place branding" and "city marketing".

The two-day workshop took place at the inspirational Talent Garden Fondazione Agnelli and was conducted by Miguel Rivas of Grupo Taso. It gathered a varied community of participants including professionals in the culture and tourism sectors, young architects, members of the local creative community together with national and international guests. The conversation focused on the most common gaps in creating marketing strategy for a city, as well as on the most effective strategies to address specific target groups and deliver tailored messages and visions. The inspiring examples of the ROCK Role Model Cities of Liverpool and Vilnius were definitely eye opening, but also the experiences of Bologna and Naples showed extremely innovative tools to increase the sense of belonging to the city, which is the first step to stimulate the pride needed to promote one's own territory.

Just check It's Liverpool, Vilnius the G-Spot of Europe, E' Bologna, #cuoredinapoli to have an idea of the many forms that successful city branding can take in Europe nowadays!

But the conversation on innovative city branding in Torino didn't stop at the end of the seminar. On 23 October, the "Brand New City" exhibition was openend at Urban Center Metropolitano (Piazza Palazzo di Città 8/f, Torino) with a conference in the form of a conversation among Miguel Rivas and the representatives of the invited cities Liverpool, Vilnius, Bologna and Napoli. About 100 people attended the conference and had the chance to directly meet the "minds" behind the campaigns displayed in the exhibition.

This exhibition documents a set of key case studies on place branding, showcasing different methodologies in storytelling urban identities, not strictly from a conventional marketing perspective, but also from an integrated urban development approach. An itinerary through a number of European cities dealing with the challenge of building up competitive local identities and getting more efficient alignment of all the communication efforts made by a variety of local stakeholders, ranging from tourist promotion bodies to main cultural facilities. An exercise for re-learning and reflecting upon what city branding means and how critical is starting from strengthening local identities.

Inside Urban Center, the exhibition focuses on six ROCK partner cities (Athens, Bologna, Eindhoven, Liverpool, Lyon and Vilnius) which are experiencing place branding initiatives often associated to cultural heritage-led urban regeneration, either strongly based on people’s perception and involvement, or characterized by a smart governance of the communication process. The exhibition continues outdoor under the porticos of piazza Palazzo di Città, where other European branding experiences are documented, trying to compose a set of good practices in fostering and communicating the city’s identity.

It´s most likely the first exhibition in Europe dedicated to city branding and will be open until spring 2019. 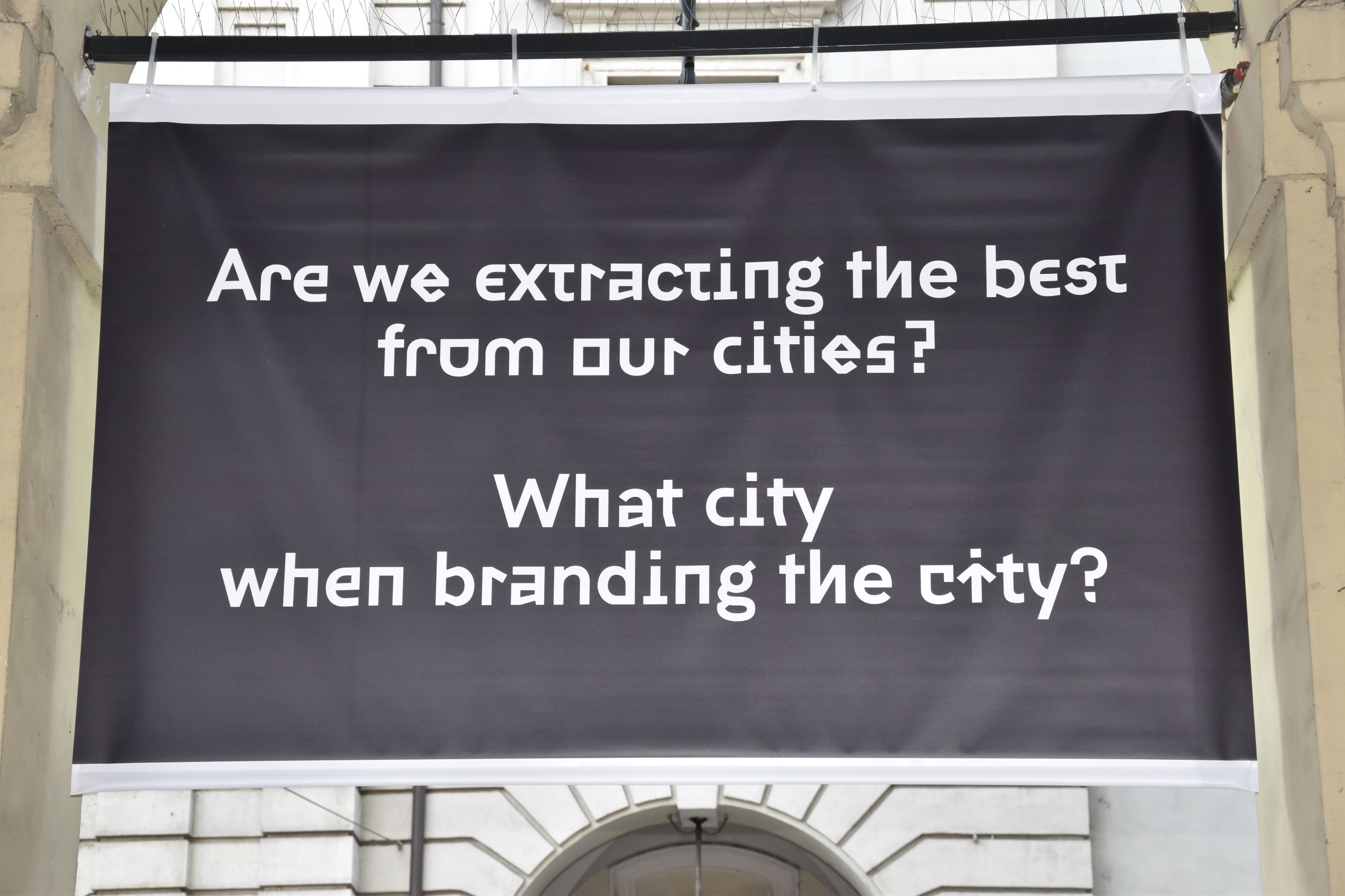 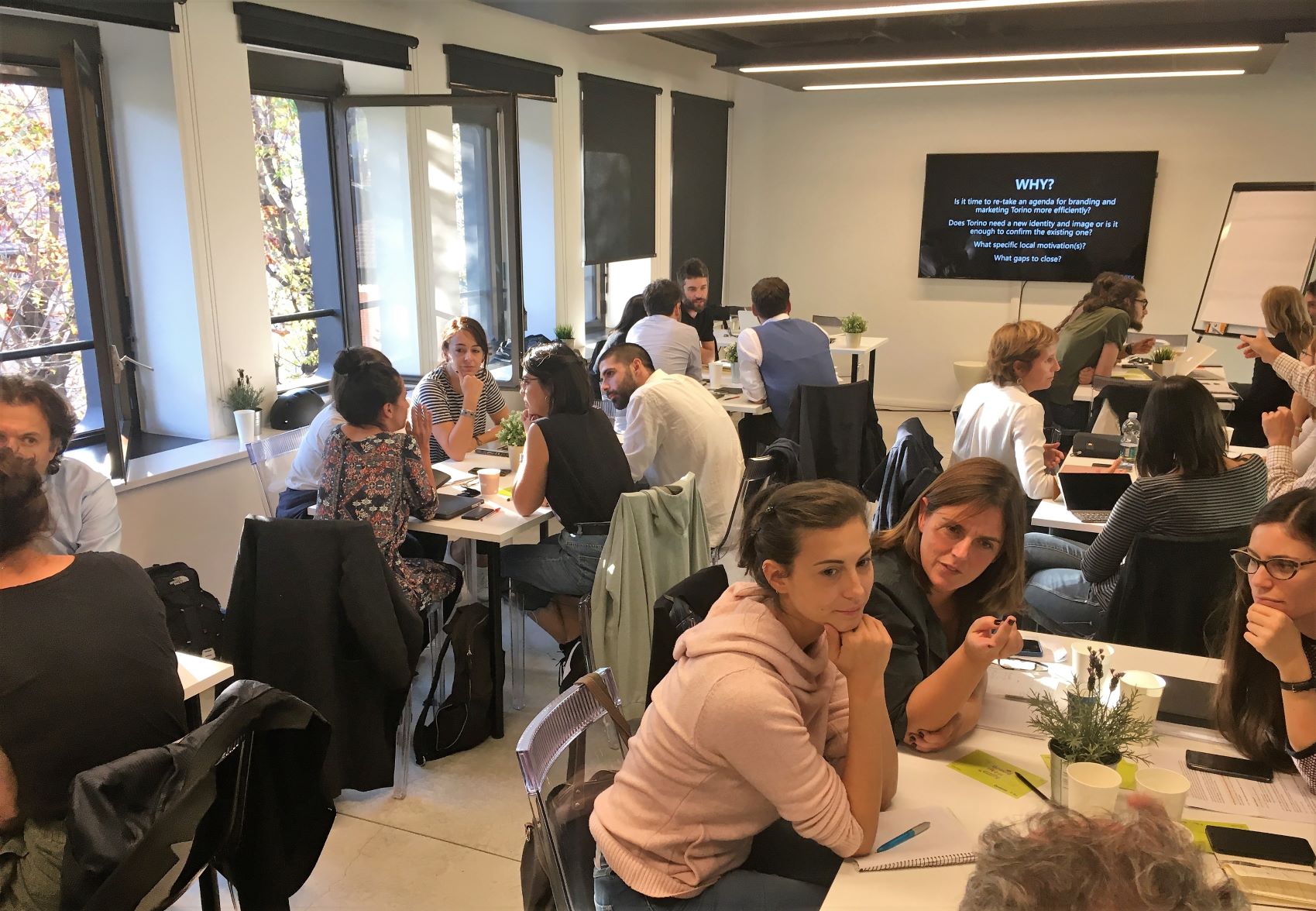 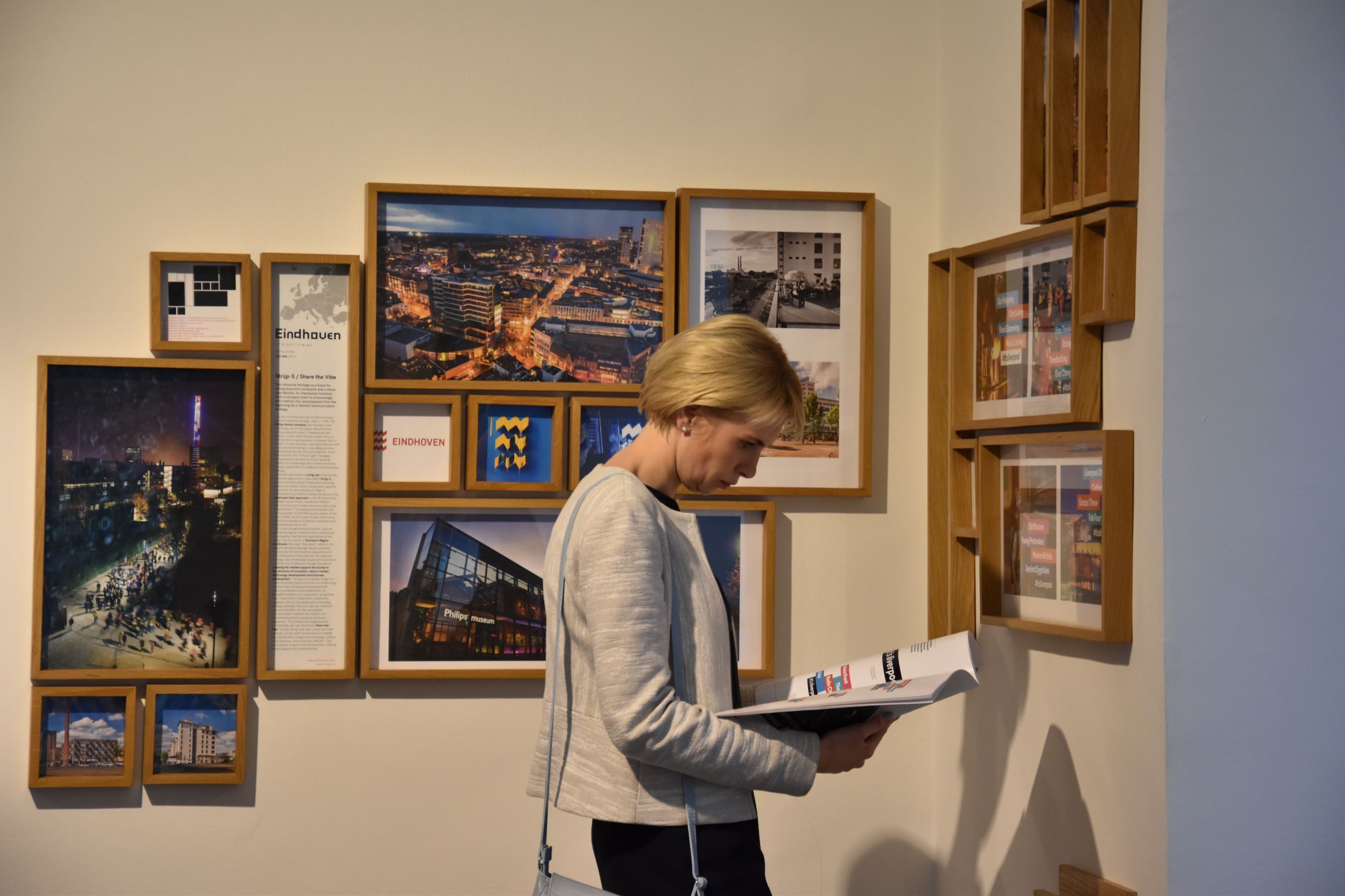 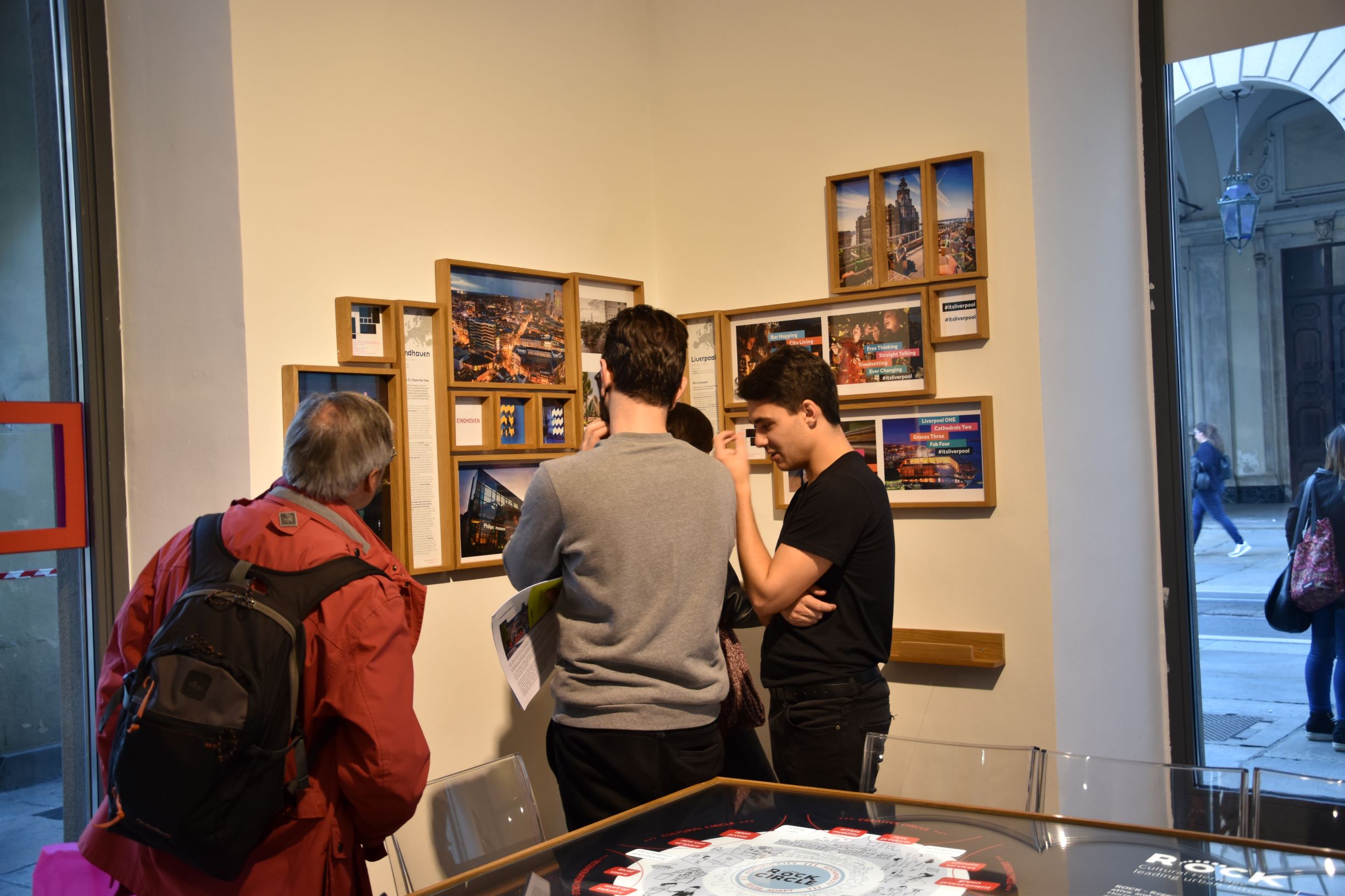 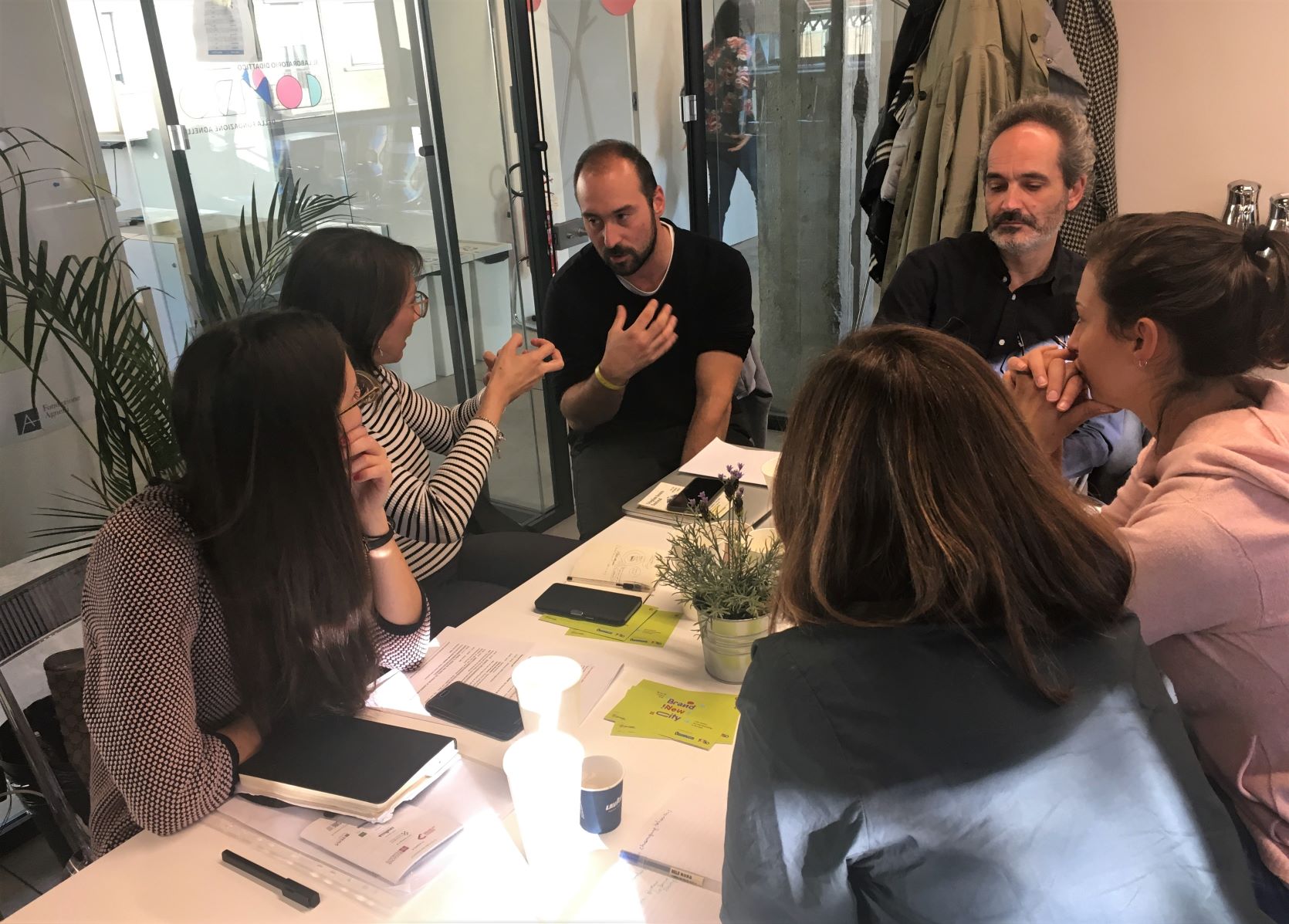